Nicolai Howalt was recently commissioned to incorporate works from his photographic series Light Break at the Danish Arthritis Association in Sønderborg - we’re proud to have worked closely with Howalt through out the commission and happy to see the catalogue that accomplish a long fulfilling process. The catalog contains text by Art Advisor Thomas Asbæk and Iva Fattorini (MD, MSc, Founder Artocene) and the Danish Arthritis Association
The decoration at Dansk Gigthospital in Sønderborg (Danish Arthritis Hospital) was created by Danish artist Nicolai Howalt and originates from his photographic work series "Light Break".

Light Break is based on the Nobel Prize winner Niels Ryberg Finsen's work with light therapy in the late 1800s: A form of therapy that treated patients by exposing them to certain wavelengths in the sun's light.

At Dansk Gigthospital, large glass sections with Nicolai Howalt's photographs of the sun's healing, ultraviolet and infrared rays have been carefully integrated into the hospital's architecture and appear as artistic portals that can stimulate spiritually and mentally.

Research in art in hospital environments has shown that art has a healing effect on patients, and Howalt's decoration at the hospital in Sønderborg helps to show the potential of art in coexistence with treatment and care.

This catalogue contains documentation images from the hospital as well as images from the Light Break series.A New Light Break at Gigthospitalet Sønderborg
Nicolai Howalt
published by: Fabrikbooks & Gigtforeningen
year: 2020
designed by: Rasmus Koch Studio
installation photos: David Stjernholm
format: 20,5 x 24 cm
no. of pages: 56
no. of illustrations: 34
softcover
no. of edition: 1500
ISBN: 978-87-998207-8-8
price: €20 - free shipping on orders above €50 within Denmark 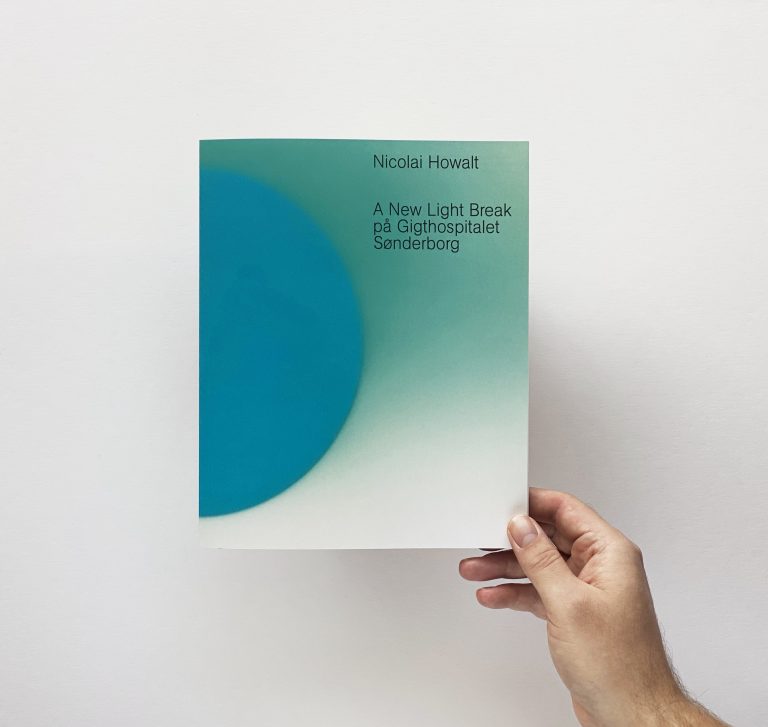